On Saturday I met up with Javier at the Jinbouchou store for my first game of 40k since landing in Japan.
He arrived with his beautifully painted Blood Angel army, putting my mostly unpainted Dark Eldar to shame. I got some shots of his force, because you all crave as many pictures as possible. I know I do! 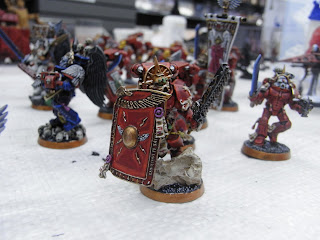 The game was good fun, and I'm not just saying that because I won. I had my codex in English, he had his in Spanish, and we were in a Japanese store. The hobby certainly brings people together, huh? Anyway, most of my victory came through luck, I must admit. My units on foot shrugged off multiple morale, pinning and Fear The Darkness checks, whilst his reserves failed to arrive in a timely manner and when they did arrive, promptly misshaped.
Anyway, it was all good fun and really inspired me to push on with my Commorrites (Commorragthians? Commorronians?). I also picked up the Talos and a box of Scourges. The Talos kit really blew me away; I knew the figure looked cool but there are so many extras in the box. Definitely going to power up my Haemonculi.
I can't wait to get started on the beasty. 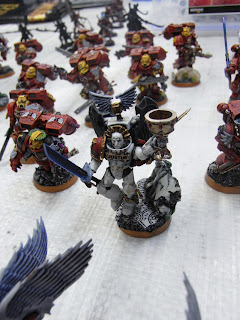 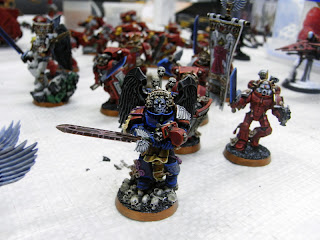 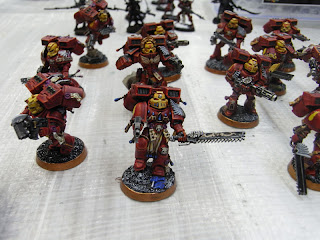 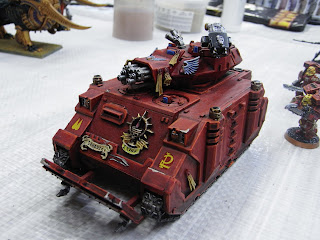 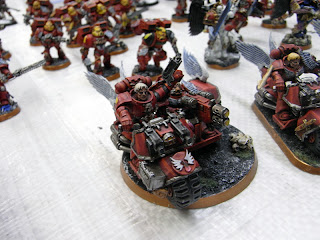 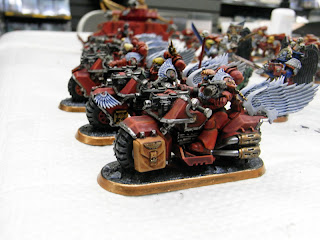 That is one cool looking BA army, puts my poor efforts to shame :(

Really very funny game, just waiting for the re-match :d. I am preparing some Death Company guys to kick some Incubi asses. Incubi are really nasty.
The next time we will go to Tokyo, I will send one mail to meet us again. Your jetbikes are awesome, is the rest of you army will have same level, it will be really cool.