For the past year or so of hobby time I've been focusing on the Tau. As I type this they're a few units away from finished (1750 points with some extras), which is pretty great for me. I'm usually both slow and easily distracted, which is not ideal in this hobby.

I started the Tau for a paint and play escalation league which I was running with my group. My main goal for this army was to keep it quick and easy to paint. Having a beautifully painted squad doesn't seem so impressive if the rest of your army is grey plastic.

At the time I'd been painting scenery using rust weathering powders and loved how it looked, so I decided to apply the same stuff to these guys.

The idea behind the army is that they were an explorer fleet from a distant Tau Sept named Bu'kuro. The Sept was used as a staging ground for deep space exploration, and these guys were sent off on one such mission. However, their homeworld was was lost while they were away, abandoned and sacrificed for The Greater Good, and so they've been cut off from the Empire. This had the benefit of encouraging a quick and dirty paint style, having them all look beat up, as well as giving them a vague justification for fighting the other Tau player in the group. If they've been forgotten by the Empire, maybe they wouldn't be too friendly towards their old brothers.

More pics after the jump

It's been a long time since I updated this thing, and I'd like to get back into posting on a regular basis.

To start with, here's some nice shots of the Imperial Fist Sternguard squad I painted on commission for a friend. 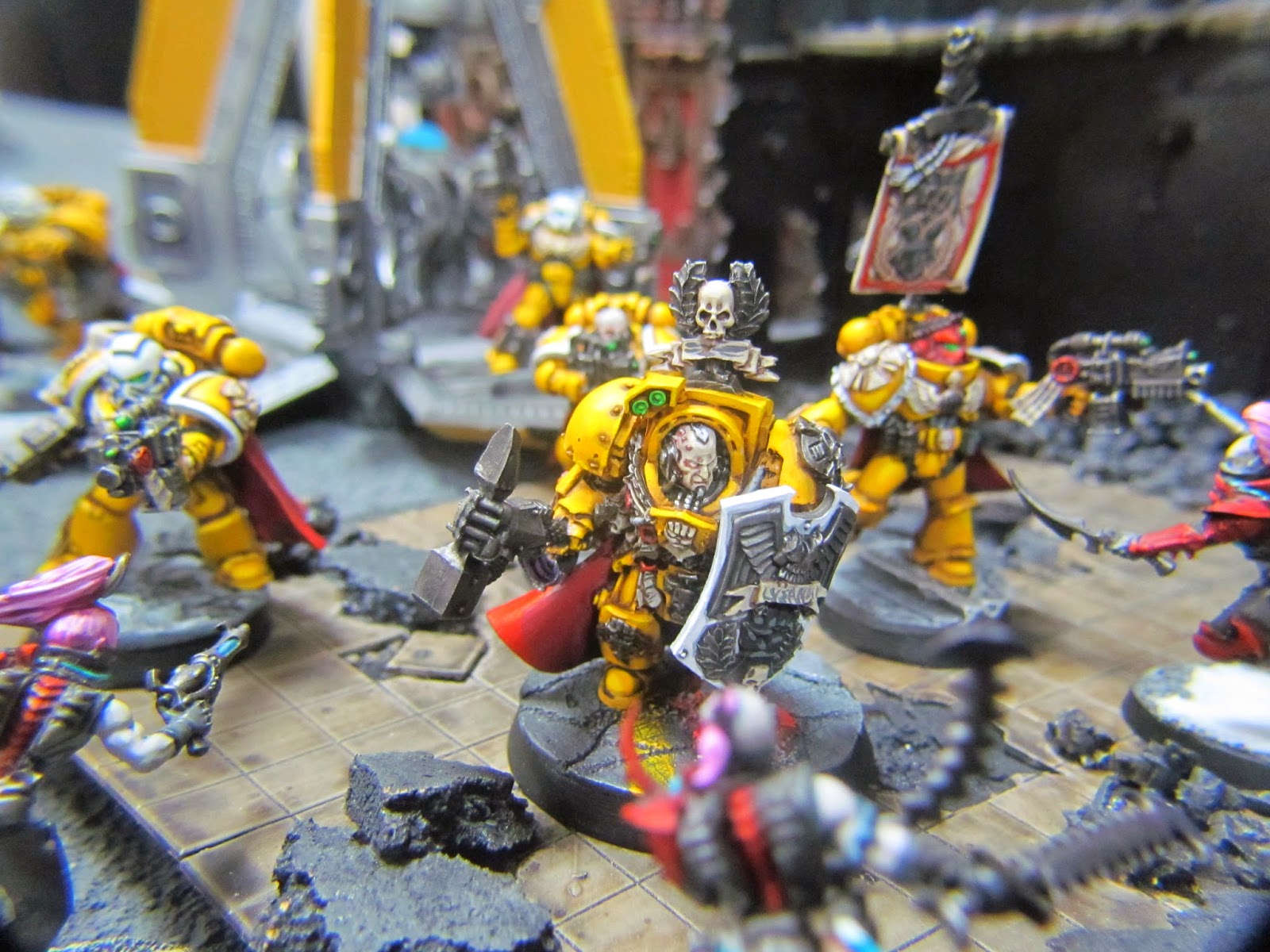