Last week I finally played an actual proper game of Infinity!
Well, 150 points and everyone involved was very new, but still.

It was me and 2 friends. First game of the day was Aleph vs Nomads.
My Infinity terrain is still very much under construction but I think I managed to cobble together a decent table using a couple of Infinity style pieces, some 40k stuff and scatter terrain. Not good, but not bad.


I won the roll off and chose Initiative, giving the Nomads choice of table sides and first deployment. He chose top side. We were playing a kind of stripped down quarters/zone control mission, ignoring stuff like consoles and secret objectives for now.

I infiltrated my Posthuman TO sniper onto the long bridge here.

Took a pic while my opponent looked away, then removed the mini.
He had already infiltrated a Zero onto the smaller bridge, which we later figured out was a bit too far forward but whatever.

I had first turn and things started really badly for me. I used AD on my two netrods, which then proceeded to fuck up and scatter off the table into oblivion (which is apparently what happens to netrods when you scatter off an edge). I am under the impression you HAD to drop netrods in, but perhaps I'm wrong? Can I deploy them normally? Answers on a postcard please.

Things started improving for me rapidly. I moved my Posthuman hacker forward and decloaked the Zero with a successful Discover roll. Next my Tactbot moved up and gunned her down, where she lay KO'd for the rest of the game. Hooray! 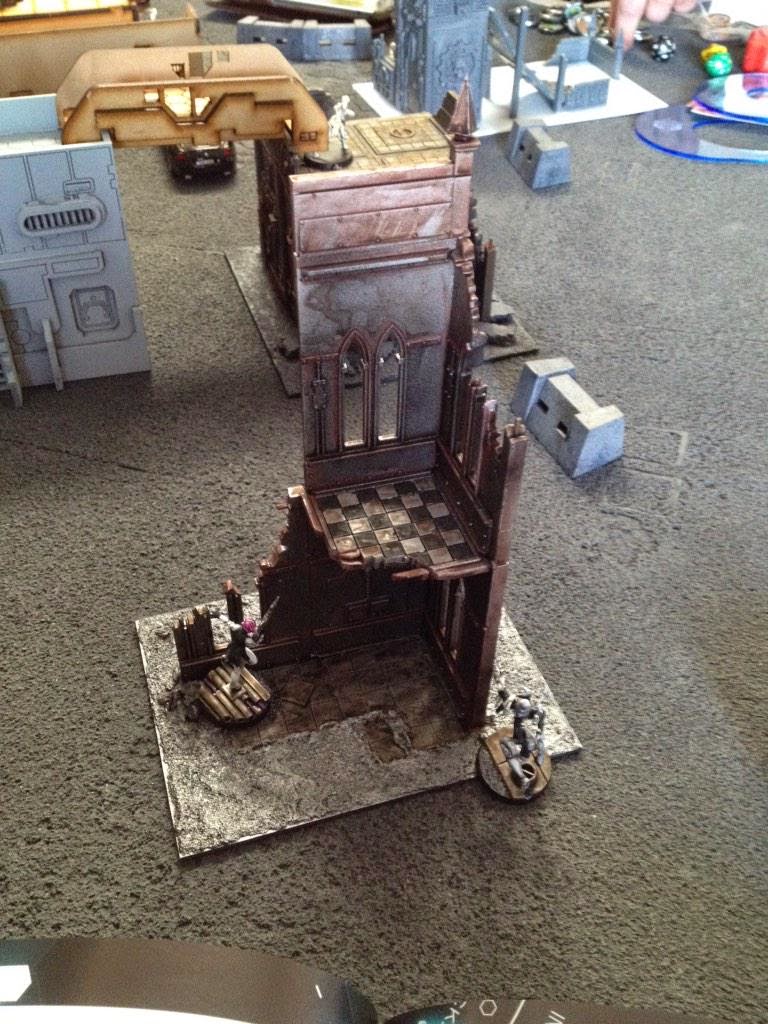 I moved a Deva up the left flank, but she took fire from a Moira on her way between shipping crates and then was finished off by a Moderator. 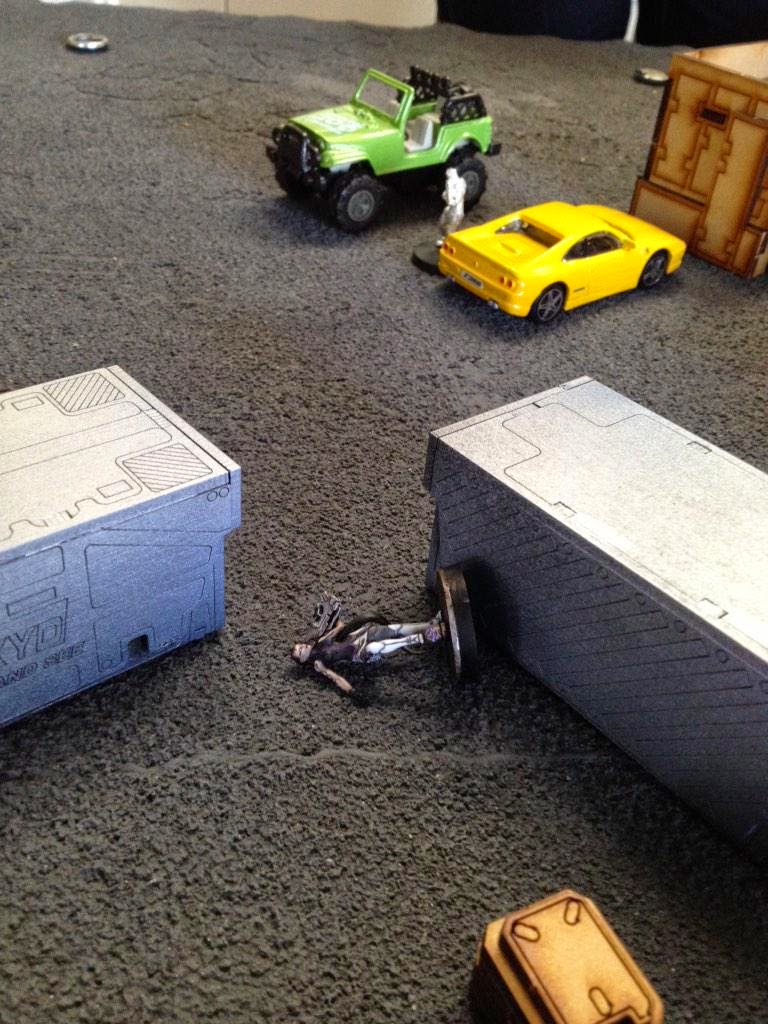 On my opponent's turn, he moves his Sin Eater with HMG and Moira forward to take control of the large central building. My sniper, no longer worried about being flanked by the Zero, decloaks and gets into a 3 way stand off.


He decides to push the Moira forward. I'm at a hefty penalty due to being waaaay too close with the sniper rifle and the Moira's ODD. She starts shooting at the sniper, and...

Crit on a 4 with DA sniper rounds! First round puts her down, she fails her second armour roll and dies. Boom! Headshot.


I get a little more aggressive and pick off some chaff units from his flanks while doing my best to avoid the Sin Eater in the middle. I basically have no way to deal with him, however I now control 3 quarters to his 1 so we decide to call it at the end of turn two so there's time for a second game. ALEPH victory! Hooray!

Next up: bug my friends to paint their minis, and finish building all my terrain!
Posted by Rob at 16:14

You have to drop in netrods, the trick now is to choose locations were they are very unlikely to scatter off the table. They can drop anywere excluding the opponents DZ.

We have put some learning videos on our YouTube channel. Spectre Studios check us out we live Infinity and plan on putting up a lot of videos in the future. Good report though!

Great read and congrats on the win!

Love reading batreps, thanks for taking the time to write it up.

Thanks for the comments guys! I always enjoy reading batreps, so hopefully I can produce some good ones now and again too ;