Dark Eldar weapons: Getting the most Blaster for your buck

I'm not the foremost expert on Dark Eldar tactics, but it's a pretty basic fact that the more blasters in your force, the better. However, there is only one in each box of warriors.
Here's how to make more with a little creative thinking. 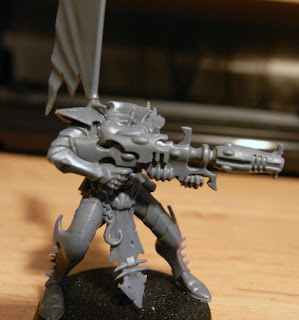 The first of my Trueborn is armed with a basic blaster. The keen eyed amongst you may observe his lack of head. Do not worry, the head will be attached before he takes to the battlefield. 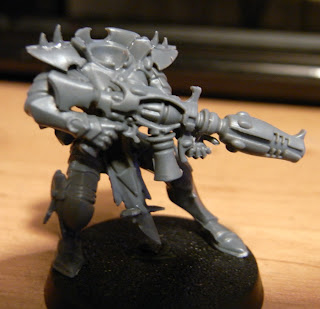 The second blaster is made from a Shredder (who uses those anyway, right?), with the barrel cut off and replaced. The replacement here comes from the reaver jetbike sprue, but you could just as easily use a Blast Pistol. 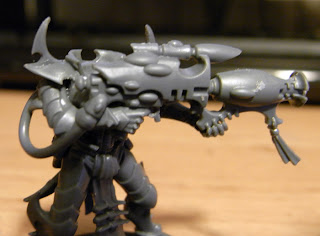 Lastly we have a stripped down Dark Lance. Simply trim the long barrel off! It looks a little heftier than the usual Blaster, but it's still about the right shape and size to fit in nicely.
Posted by Rob at 00:14

Ah, I had not thought of using the Jetbikes blasters since I have them magnetized on mine (even though I'll probably never use anything else than Heat Lances)